The most commonly used programming language in embedded systems is a low-level language C. Despite its versatility, it lacks many high-level constructs and isn't safe. One of the projects we actively develop and maintain is an implementation of the Common Lisp language called the Embeddable Common-Lisp. It shares its runtime with C and C++ languages, which makes mixing Common Lisp and C/C++ easy.

ECL (Embeddable Common-Lisp) is an interpreter and compiler that supports such operating systems as Linux, FreeBSD, NetBSD, OpenBSD, OS X, Solaris, Windows and Android, running on top of the Intel, Sparc, Alpha, PowerPC and ARM processors.

This stable and mature implementation of Common Lisp is used around the world by both professionals and hobbyists. Thanks to its low resource requirements and reasonable license it is a perfect fit for embedding into applications with high demand for flexibility and extensibility.

The implementation is available on terms of a very liberal license LGPL 2.1+, which allows unlimited distribution and inclusion in other software. For commercial support please contact me.

The company Petro Consulting asked us to build a cheap-to-produce and modern terminal for fuel distribution. They sell it to logistic companies. Here are some of the requirements my prototype had to meet: 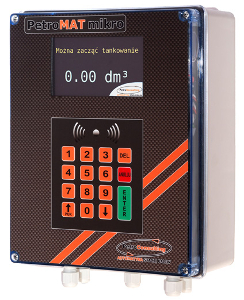 Marketing materials (in Polish) are available at the manufacturer's website.

System authenticates and authorizes terminal users, logging all the transactions in a database, and registers the results reported by probes. The application allows translations to other languages. It is easily configurable either from the terminal or the website.

Additionally we have prepared the procedure for the deployment of the software. Devices are built on top of cheap boards with ARM1176JZF-S processors.

The project has concluded with success and the device is now sold on the fueling automation market.

We maintain and develop many other applications and libraries. Here are some highlights:

Projects I have developed in the past